LUNCH AT THE GEORGE

Tuck into a second helping of Rye News’ ‘Lunch at The George’ interview series, this time with celebrated local author Alex Preston – whose historical novel, Winchelsea, includes an 18th Century visit to The George. Over a two-course lunch in The George Grill featuring steak and fresh fish, Susan Benn caught up with Alex to talk literary relatives, the upcoming TV adaption of Winchelsea, and why he’ll always be a night owl when it comes to writing… 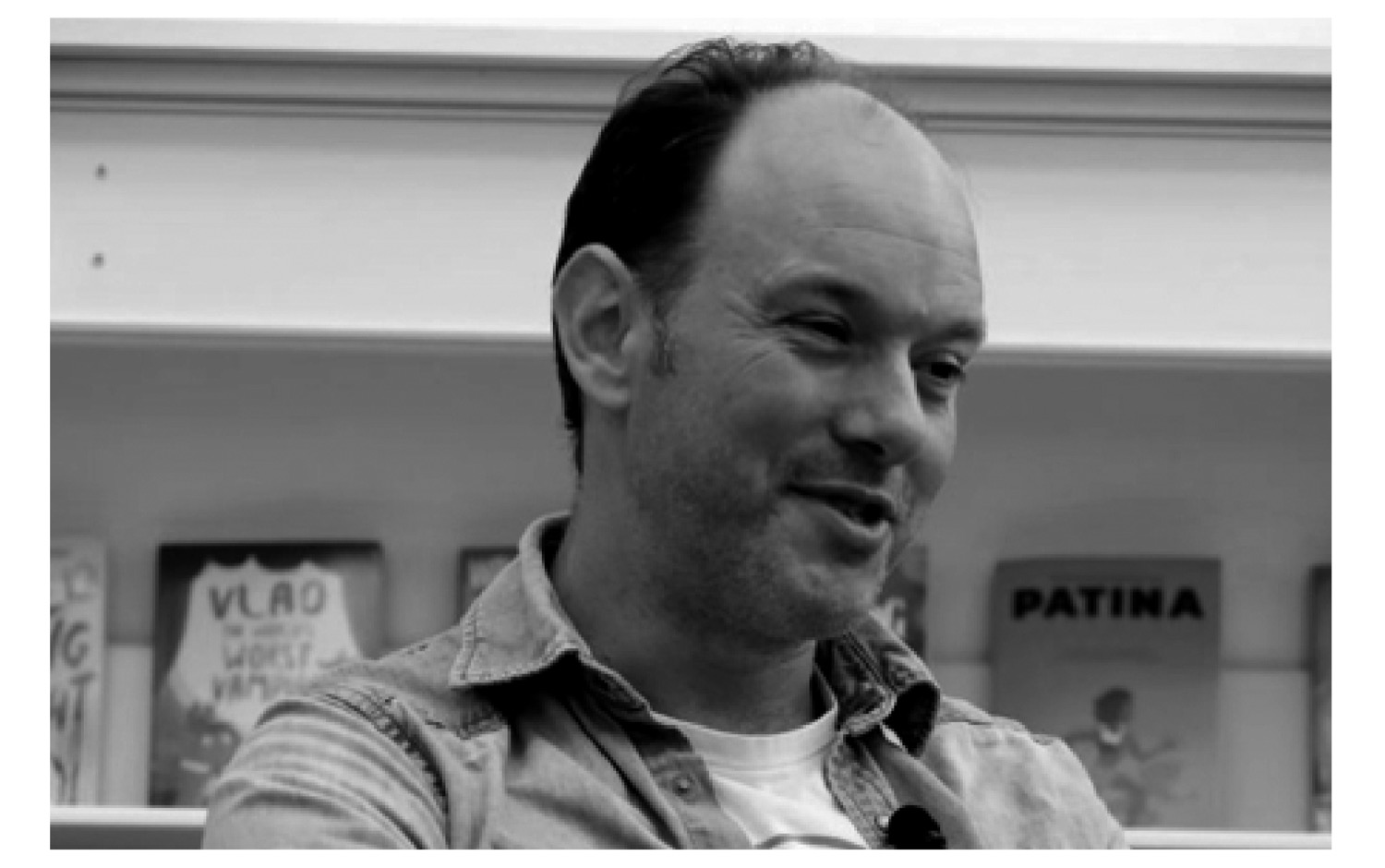 I am excited to meet Alex Preston, whom local people may know as the historical novelist and author of Winchelsea, which, with 10,000 hardback copies sold to date, owes a vote of thanks in part to the Rye Book Shop for their enthusiastic and loyal support!

At forty-two, Alex has written three successful historical novels and a book of non-fiction. He’s also a regular contributor to The Telegraph, The Economist, and Harper’s Bazaar, as well as reviewing books for the Observer New Review, Financial Times and The Spectator.

Living in Kent with his wife and two children, their family currently hosts a Ukrainian mother with her small son and his grandmother. I feel very lucky to be able to explore his writing practice and influences over lunch at The George in the town he has loved since childhood.

Alex arrives bang on 12 noon and, as we decide on the menu, he apologises that in one hour, he will have to take a phone call which may take another hour out of our interview. I am fine with this, as the pause will give me time to begin writing my article. It seems Alex is familiar with the menu as he lunched recently at The George with his friend, Rupert Lord, to work together on a new Winchelsea TV series being developed by Hopscotch Films, who also have close connections in Rye. This exciting series is to be filmed here – and will hopefully appear on our screens in about eighteen months’ time.

Conscious of time, we order quickly…a chilli salt squid starter, followed by onglet steak and chimichurri sauce, sides of thin chips and braised baby gem lettuce for Alex. I opt for a whipped beetroot and feta starter, then the freshly caught local fish with chips. 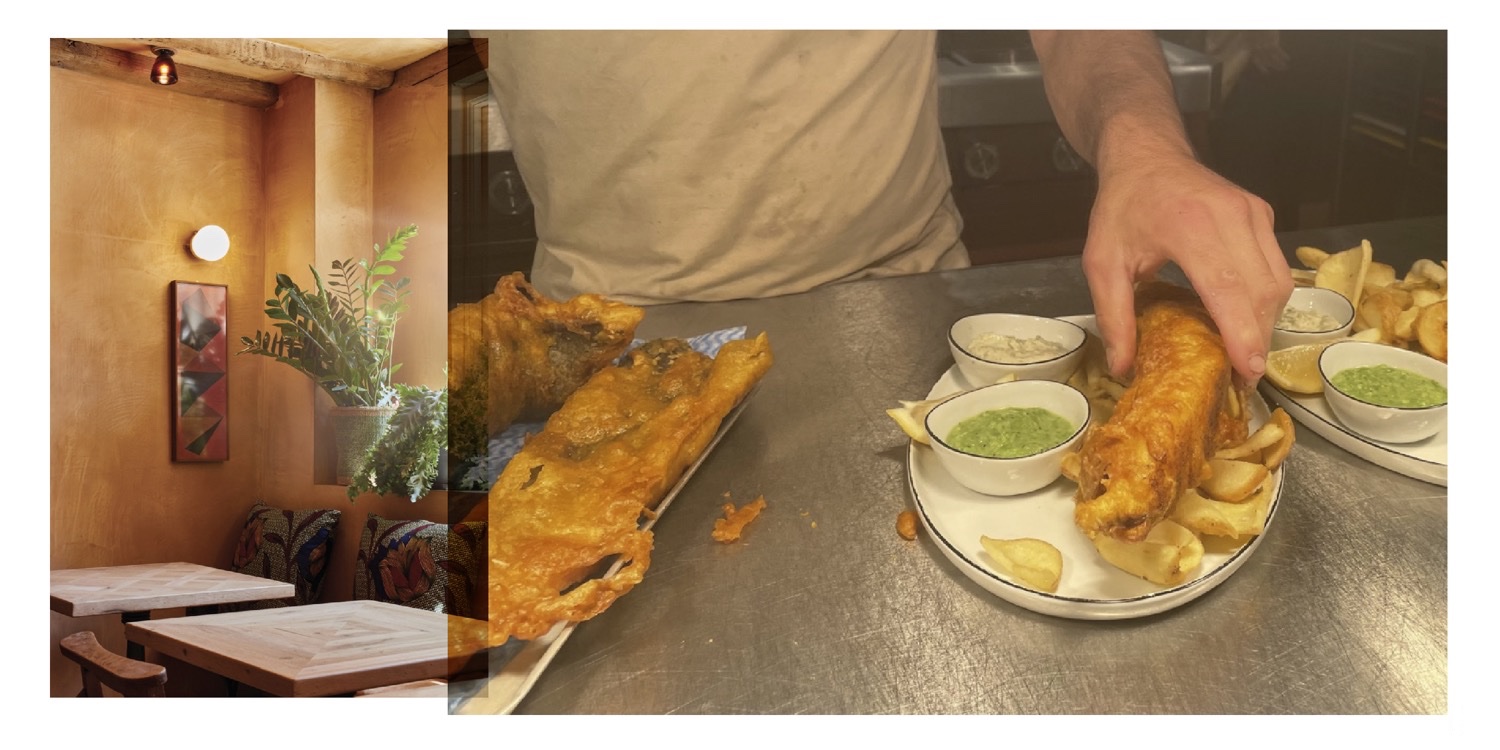 Once that’s sorted we begin to unpick how and why Alex became a writer. I ask the classic question: ‘What is it that made you first believe you could be a writer?’

He replies: ‘Even very established writers struggle with this question. When I am talking to younger writers, I tell them you must believe in yourself because so much of writing is about practical challenges. So many great novels are simply not being written because writers are unable to carve out enough time in their lives to write them’.

Alex feels he is very fortunate to come from a family of writers of different sorts. His mother was an academic who wrote about learning difficulties and child psychology and his grandfather was an eminent literary critic.

When I ask about the books he read as a young boy, adventure stories were his favourites: ‘Johnny Tremain and Moonfleet were a big part of my life. I wanted to write a book that would update this tradition of British adventure. Maybe in my earlier books, I tried to be a bit profound and meaningful, so in this novel, I tapped into the joy of my childhood books to give myself the licence to write for pure pleasure.’

“The foundations of all my literary taste are entirely due to the influence of my literary grandfather….”

An Emeritus Professor at Princeton University in Massachusetts, Alex’s grandfather was a massive anglophile who wrote about Hardy and the Auden generation of poets. He also wrote regularly for the TLS and The New Yorker. Not surprisingly, Alex wanted to study literature. He went to Oxford and studied literature classes at Princeton during regular visits to Massachusetts to see his grandfather. ‘My two children even have Princeton T-shirts and baseball caps, and we are beginning to have family conversations about their university choices.’

After university, Alex had a variety of jobs, but ‘the idea of being a writer was always the end game. I didn’t write my first novel until I was 30. I worked in a bank during the financial crisis, a slightly shameful part of my history, but it inspired my first novel Bleeding City about a generation that had its moral crisis skewed by too much money and Fukuyama’s The End of History and The Last Man.’

‘I start early before the kids wake up. I read what I wrote the day before, edit it, have breakfast and take the children to school, then do social media and other admin, have lunch, write from mid-afternoon for a stretch and then it’s the evening thing. My best writing time is between 9pm and midnight. I do this routine for two months, which results in a first draft which I then send to my agent, my editor, my sister-in-law, and, before he died, always to my grandfather. I was finishing the last chapters of my novel in my grandfather’s study while packing his things there just after he died’.

Our starters arrive promptly, looking delicious, and the conversation switches to the classic controversy between fact and fiction in adaptations of historical events into novels, television and film. Alex knows how some local historians find this problematic in his book, Winchelsea. 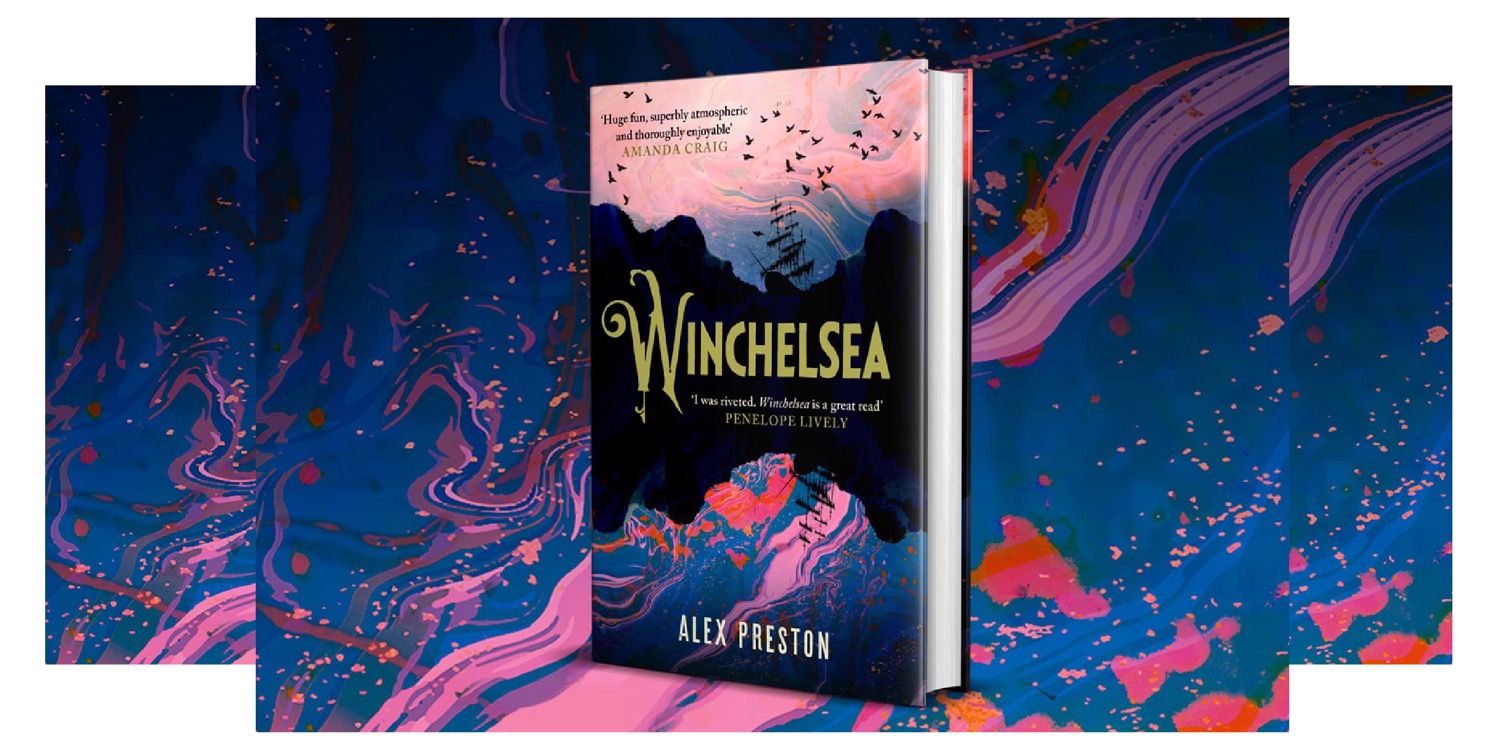 ‘I am not a historian. I am telling a story set locally to try and express the reason why I love this area and the stories one discovers here so much. Stories are a good way to give visitors a strong flavour and deeper understanding of the richness of this place, and historians, unfortunately, are not always getting their knowledge across in a way that engages people in the same way a story can.’

Our main courses arrive, and I am shocked as Alex tells me publishers expect authors to do all their own social media these days to promote their work. I wonder how this particular contractual requirement for self-promotion affects a writer’s life?

‘I found it all a bit of a chore for a while. Twitter is exhausting, but I’ve found a way of managing it, and I tweet reviews. Twitter has unfortunately become a forum for identity politics now, and I don’t have enough time or inclination to want to fight about these issues in public.’

We lament the lack of serious debate in the media and could both become very depressed when authors we admire get sucked into toxic debates about transgender and women’s rights. But fortunately for Alex, most readers have understood his reasons for the portrayal of gender fluidity in Winchelsea.

‘I have tried to suggest that the heroine, Goody, is changing her identity, not for any reason other than to enter worlds that she would otherwise not have been able to enter to access power; power that, in her case, could result in life or death. Winchelsea is a book about identity. A tale told through a male writer and then through me, another male writer…based on the real-life adventures of a courageous woman, Hannah Snell, who in the 18th century, as a twenty-year-old orphan, enlisted in the British Army as a soldier dressed in male attire.’

Alex firmly believes writers should be able to write what they want. He looks to older writers for inspiration and wonders: ‘Why do older writers burn out? Why do publishers valorise younger writers, always seeking new young voices? The question of diversity in publishing is, I believe, nuanced. This desperate wish to find new voices means that some of the old voices, who have something valuable to say, slip by. Positive reviews of good work by proven older writers sadly don’t necessarily sell books. But movies and prizes do.’

It’s one o’clock, and Alex vanishes to take his call. I write my notes and take a few pictures of chefs hard at work in the sparkling new kitchen. 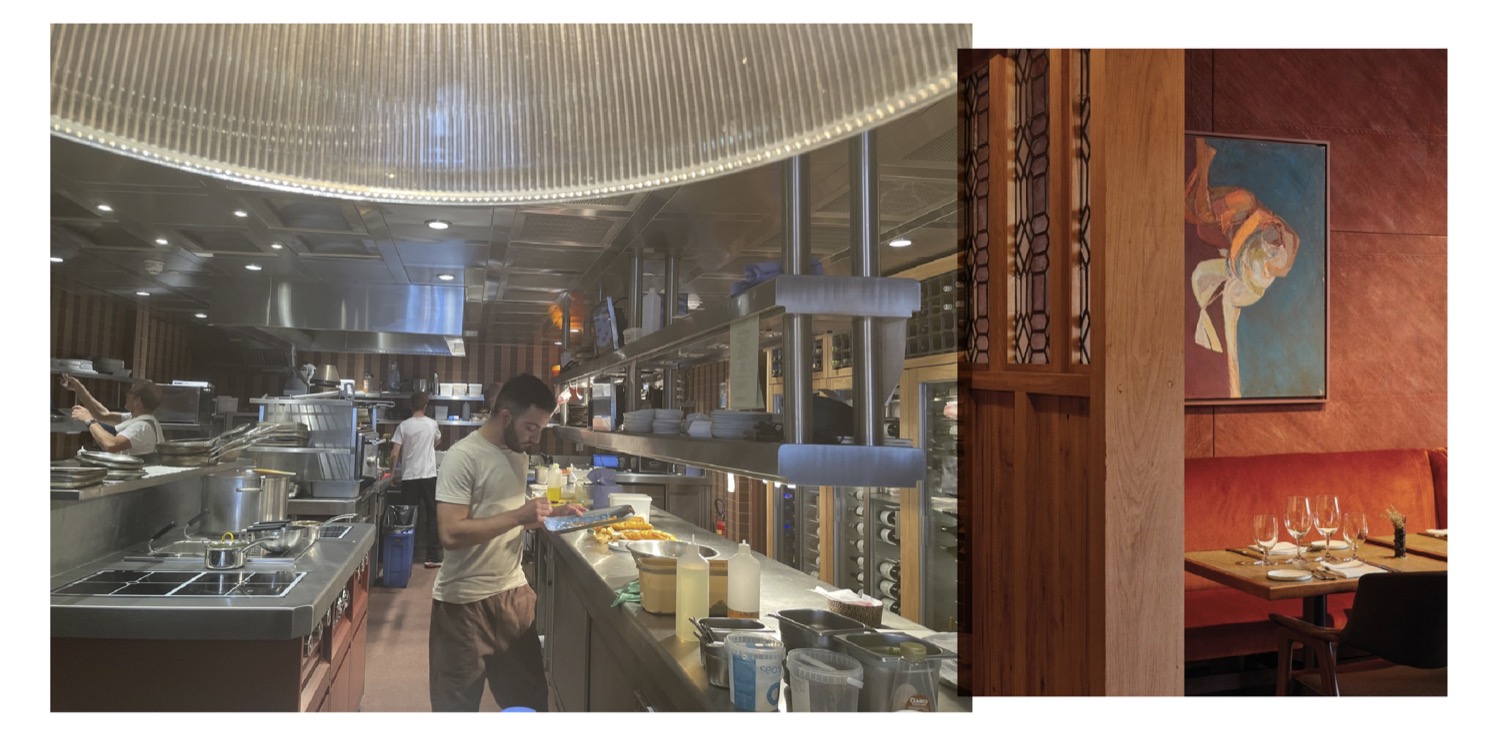 When Alex returns, we have a few remaining minutes before his parking meter expires to hear about the myriad of extra literary things he is doing alongside his daily writing routine.

With two friends who love literature and cricket in Corfu, Alex created the Corfu Literary Festival, which happens annually in the last week of September. This five-day event features English and English-speaking Greek writers.

‘I went out there originally to play cricket with the Lord’s Taverners Charity Team in 2017. Corfu was an English protectorate, so it’s one of the few Mediterranean places with a strong cricket culture. We are delighted that the festival sold out in the first five days this year. It’s a source of pure joy for the writers and audiences who frequent local tavernas each evening enjoying retsina and stimulating conversation.’

Alex gives his time and expertise generously to encourage storytelling and literacy in two local UK charities. Closest to home is Kent Kindness (www.kentkindness.org.uk) who currently support 470 asylum-seeking children and young adults in the care of Kent County Council. These young people arrive on the Kent coast after harrowing journeys to be housed temporarily in reception centres in Ashford and Cranbrook. Kent Kindness volunteers work with Kent County Council to support their activities and the facilities they provide. Alex works with these young people in Cranbrook.

‘I teach them English and life skills, making decisions and practical things like opening a bank account. And we play football and cricket. The kids are so optimistic. Many of them are orphans. It feels patriotic to make them welcome in the UK by telling them a history of Britain as a melting pot of cultures, so they know they are the latest to contribute to our cultural mix here in this country.’

First Story is a charity where professional writers empower students from under-resourced and under-represented communities in the UK to give them the confidence and skills to tell their own stories.

‘I try to help these young people recognise the power of storytelling so they can know the sense of agency which puts them at the centre of it with their own voice. I take a school of young people to the British Museum to choose an object they like, and then I help them to research it to write a story. I do wish more museums would put some of their objects outside of glass cases. I am a great fan of the Please Touch Museum for children in Philadelphia. Perhaps this is an idea for our museum on East Street?’

As we leave the restaurant, Alex reveals plans for his next two books: ‘I’m about to start writing my next novel, having almost finished the research, which is set in Corfu. It’s a kind of literary spy thriller. And my publisher, Cannongate, also wants a follow up to Winchelsea,’ he says. ‘I think it will be called Rye.’

I can’t wait to read it!